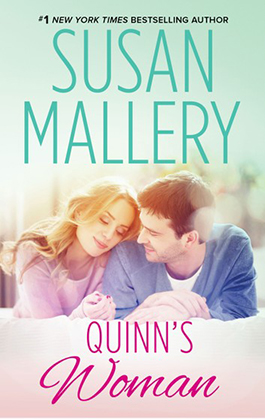 His dangerous career had taught him not to let anyone get too close, but she made him want to risk it all...

Self-defense instructor D.J. Monroe would do anything to keep her edge. Even if that meant asking the dangerous and magnetic paramilitary expert Quinn Reynolds to instruct her! D.J. didn't date, didn't trust, didn't let anyone into her world. But when she found herself falling for him, could she let go of her past and embrace a future with Quinn?

Hardened military man Quinn was knocked head over heels - literally - by a stunning brunette in camouflage. One encounter with the tough-as-nails beauty, and Quinn knew he was in trouble. His high-risk career had taught him not to get too close to anyone, but D.J. made Quinn long to throw caution to the wind and lay siege to her heart.

"It was diamond find that I wasn't looking for and didn't know it existed ! I loved this book from the beginning to the end."

"Try to bring this one back alive," Sheriff Travis Haynes said as he nodded at the slightly build private waiting by the edge of the makeshift podium.

"Alive I can promise," D.J. Monroe said as she grabbed a rifle from the stack on the table. "In one piece may be more complicated."

The men standing around chuckled, but the private in question blanched. DJ tossed him the rifle, grabbed a second one for herself, then started walking. She figured her partner for the next fourteen hours would come trotting along as soon as he figured out she wasn't going to wait for him.

Sure enough, in about thirty seconds she heard rapid footsteps on the damp ground.

"What's your name, kid?" she asked when he'd caught up with her.

She gave him a quick once-over. He was tall — about six-three to her five-nine — skinny and barely shaving. His shock of red hair was bright enough to read by.

"Are you even eighteen, Ronnie?"

"You insulted about being paired with a woman?" she asked.

"No, ma'am." His pale-blue eyes widened as he glanced at her. "I'm honored. My sergeant said you were one of the best and that I was damned lucky to get a chance to watch you work." He ducked his head and blushed. "Excuse me for swearing, ma'am."

She stopped walking and turned toward him. The annual war games between the emergency services of Glenwood, California — sheriff's office, fire department and EMT units — and the local Army base were a chance for all concerned to practice, learn and have fun. The morning had been spent on obstacle courses, sharpshooting and tactical planning. DJ didn't care about any of that. She looked forward to the search and capture phase of the games.

Between now and 6:00 a.m. tomorrow, she and her partner would be expected to bring in up to five enemy prisoners. For the past two years she'd won that section. It was a point of pride with her. The other players grumbled about her good fortune, not understanding it. Especially when she always took a relatively new recruit as her partner.

"Ronnie, let's get some ground rules set up," she said. "You can swear all you want. I doubt you can come up with anything I haven't heard. Or said." She smiled at him. "Fair enough?"

"Good. On this mission, I'm in charge. You're here to listen, learn and follow orders. You get in my way, and I'll cut off your ear. Or something you'll miss even more. Understand?"

He swallowed hard, then nodded.

"Last, but most important, you've got six inches of height on me and weigh about forty pounds more. Is there any doubt in your mind that I could take you right here, right now?"

His gaze swept over her body from her Army-issue boots, past her camouflage pants and shirt, to her face.

He straightened and squared his shoulders. "No, ma'am."

"As long as we have that straight."

She ducked into the tent her team used for headquarters and picked up her backpack. Ronnie already has his gear with him. When she stepped back into the misty afternoon, she pulled a knife from the pack and stuck it into her boot.

"Check your weapons," she said.

Ronnie frowned. "They're not loaded."

"Check them, anyway. You always check."

He followed her lead and made sure both his side arm and rifle were unloaded. When he'd finished, she pulled her cap lower on her head and wished they could have had sun today. Telling herself the gray skies and low clouds would reduce the risk of shadows didn't make her appreciate the chilly dampness any more. It was nearly July. Shouldn't it be hot?

Northern California weather was frequently uncooperative, she thought as she set off into the forest. Ronnie trailed after her, making enough noise to pass for a musk ox. At least he wasn't a talker. The one from last year had chatted on and on until she'd been forced to grab him from behind and threaten to slit his throat.

Two hours later they were deep in "enemy territory. She slowed their pace in an effort to keep her boy toy from giving away their position. Her oversize shirt was damp and clinging to her skin, which she hated. Water dripped from her hat. It was the kind of day better spent curled up reading, not combing the backwoods for swaggering men who thought they knew it all. Still, the war games helped keep her sharp. For her life was all about maintaining her edge; the book would have to wait.

Up ahead she sensed more than heard movement. She stopped, as did Ronnie. After silently handing him her backpack and ordering him to wait, she circled around a cluster of trees so that she could come out on the other side.

A man sat on a log, studying a map. She recognized him as a Fern Hill EMT guy. Midthirties, in decent shape, but not much of a challenge. Oh, well, she had to take what she could get.

After deliberately stepping on a fallen branch to make it snap, she retreated into the dripping shadow of a thick tree. The man sprang to his feet and turned toward the sound. His backpack lay on the ground, as did his rifle. He wore his sidearm, but she doubted he knew how to use it.

As the man stepped toward where she'd broken the branch, she circled behind him. When she was less than a foot away, she grabbed his arm, turned him, then swept out her leg to topple him to the ground. He landed hard, with an audible "oof" of air.

She was already on him. After tossing his sidearm into the brush, she turned him and neatly tied his hands behind his back. She was nearly finished with his feet before he'd even gasped breath back into his body.

Ronnie appeared, carrying her backpack. He stared open-mouthed at the tied man.

"That was so great," he told her. "Really fast and smooth. He never heard you coming."

The EMT guy didn't look amused. "Now what?" he asked.

DJ smiled. "Now you relax while we search out other prey. I'm not wasting Ronnie's time by having him head back to headquarters with just one guy."

He was still yelling when they were nearly a quarter mile away. She would have liked to tape his mouth, but it violated the rules of the game.

An hour later they came upon three standing together, smoking. They were talking and laughing, obviously unconcerned about the potential for being captured.

DJ studied the situation, then pulled Ronnie back far enough for them to have a whispered conversation.

"If you want to win, you have to be willing to do whatever it takes," she said as she slipped off her backpack. "Catch the enemy off guard with the unexpected. I'm going to wait while you get into position. You'll head east and circle around them. When I walk into the clearing, you'll be directly in front of me and behind them. When they're distracted, walk in with your rifle pointed at their backs."

Ronnie nodded, but she saw the doubt in his eyes. He wanted to know how she was going to manage to distract three men at the same time. She smiled. It was so easy.

First she shrugged out of her long-sleeved shirt. Underneath she wore an olive green tank and no bra. Ronnie's eyes widened.

While he was busy wondering if she was going to cut off an ear… or something worse… she pulled the tank up to just below her breasts, twisted the fabric into a knot and tucked it against her skin. The stretchy fabric now pulled tight across her breasts and left her midsection bare. Next she loosened the drawstring waist of her pants and rolled them down to her hipbones. She stuck her sidearm into her pants at the small of her back. Last, she dropped her cap to the ground and unfastened the braid. When her long hair was free, she bent at the waist and finger combed the waves in a sexy disarray. She straightened and tossed her head back. Her brown hair went flying.

Ronnie's mouth dropped open. "You're gorgeous," he said, then gasped and quickly retreated. "Sorry, ma'am. I didn't mean to — "

She cut him off with a wave of her hands. "It's fine. Go get in position. I'll give you a two-minute head start."

She waited the promised amount of time, then headed for the group of men. They were still standing around, talking and smoking. She stuck out her chest, then sauntered toward them, trying to look both easy and lost.

"I am so turned around," she said in a low voice. "Can any of you gentlemen help me?"

They were all regular Army, officers and seasoned professionals. But  they didn't expect to see a half-dressed woman in the woods. It was damp and cold, so she wasn't the least bit surprised when their gazes all locked on her chest.

The oldest man took a step toward her. "What seems to be the problem, ma'am?"

They were all such idiots, she thought happily… 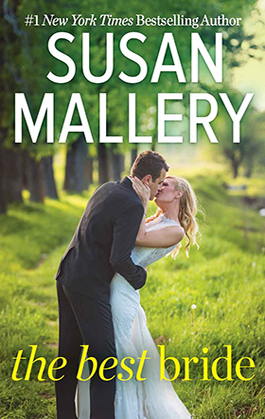 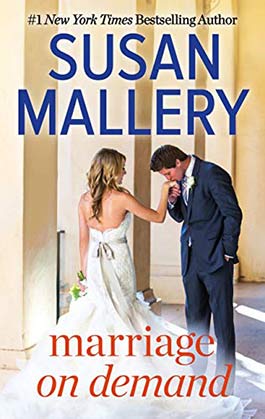 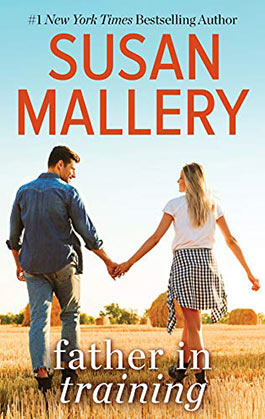 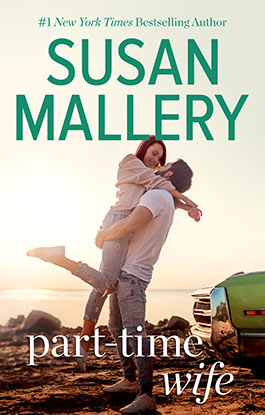 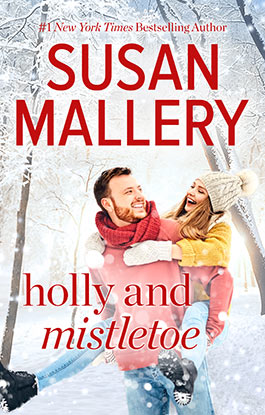 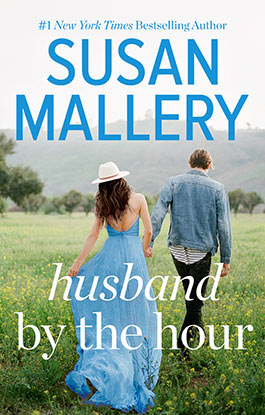 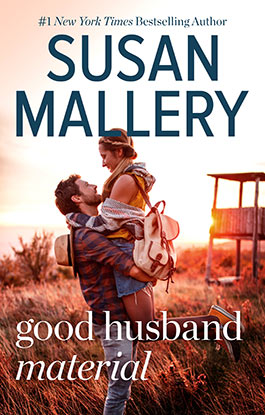 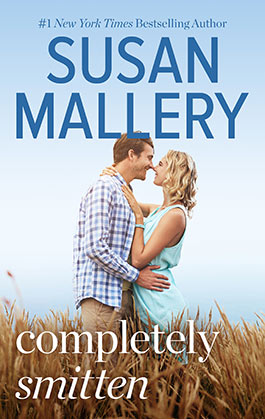 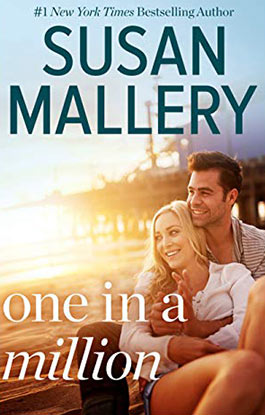