My first book of 2019 isn’t a new one—it’s the mass market paperback reissue of Secrets of the Tulip Sisters—and it’s out today! If you missed this book when it first came out in hardcover, or if you borrowed it from your library and would like to have it for your personal collection, now’s your chance. I think the characters of Kelly and Olivia Murphy will stick with you. The sisters have been through a lot. Their mom left when they were teens, and the ramifications of her abandonment still affect them and their relationship ten years later. They have a lot to work through, which they’ll do with the help of two strong and successful men. 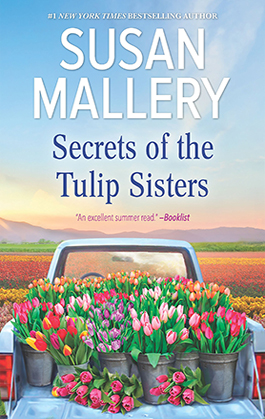 A captivating novel about the problem with secrets, the power of love, and the unbreakable bond between sisters.

Kelly Murphy isn't used to chaos. Her life as a tulip farmer is routine, after all—up at dawn, off to work, lather, rinse, repeat. But everything changes one sunwashed summer with two dramatic homecomings: Griffith Burnett—Tulpen Crossing’s prodigal son who’s set his sights on Kelly, and her beautiful, wayward and, as far as Kelly is concerned, unwelcome sister. Tempted by Griffith, annoyed by Olivia, Kelly is overwhelmed by the secrets that were so easy to keep when she was alone.

But Olivia's return isn't as triumphant as she pretends. Her job has no future and, ever since her dad sent her away from the bad boy she loved, she has felt cut off from her past. She's determined to reclaim her man and her place in the family…whether her sister likes it or not. For ten years, she and Kelly have been strangers. Olivia will get by without her approval now.

While Kelly and Olivia butt heads, their secrets tumble out in a big, hot mess, revealing some truths that will change everything they thought they knew. Can they forgive each other—and themselves—and redefine what it means to be sisters? 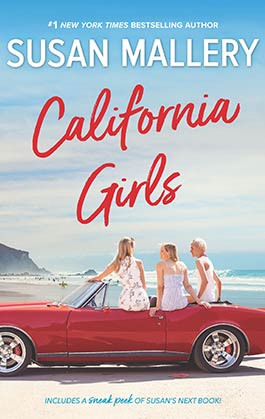 My second book of 2019 is brand new! California Girls started with the tiniest spark of an idea, as all books do. What if three sisters got dumped the same weekend and it was different for each of them? This book is set in the area where I grew up—a first for me—and it gave me an added layer of pleasure to travel the streets of my childhood once again. I hope you’ll love it.