Every time I release a new book, I invite readers to sign up for the open slots on my Review Crew. What’s the Review Crew, you ask? It’s a group of 200 lucky readers who get each of my new releases for free—in print! If they read the book and post reviews on at least two websites before the deadline, then they keep their spot for the next book. We have some Review Crew members who have been getting my books for free since 2013, but we almost always have at least a few readers who miss the deadine or who drop out for one reason or another. The point being, there are some open slots for The Stepsisters, and this is your chance!

Sign up now on the Contest page at SusanMallery.com.

I wanted to give you a heads-up about The Stepsisters virtual launch party, May 25 at 7 pm Eastern/4 pm Pacific. And guess who’s going to be there to help us celebrate the release of The Stepsisters—Robyn Carr! Robyn is charming and laugh-out-loud funny, and we always have a good time when we get together. Join us for a no-holds-barred live conversation about the friendships we’ve made, the stories we’ve told, and the stories we’ve yet to put on the page. We’ll be happy to answer (almost) any question, too.

I’ll be back in touch very soon with details on how you can get a ticket. (To get a ticket, you’ll purchase a copy of The Stepsisters from one of the participating independent bookstores.) Keep a close eye on my newsletters because the first 20 purchasers from each store will receive a limited edition The Stepsisters brass bookmark. And everyone who signs up will receive a digital goodie bag with exclusive bonus content, plus entry for 1 of 4 fun beach bag door prizes. 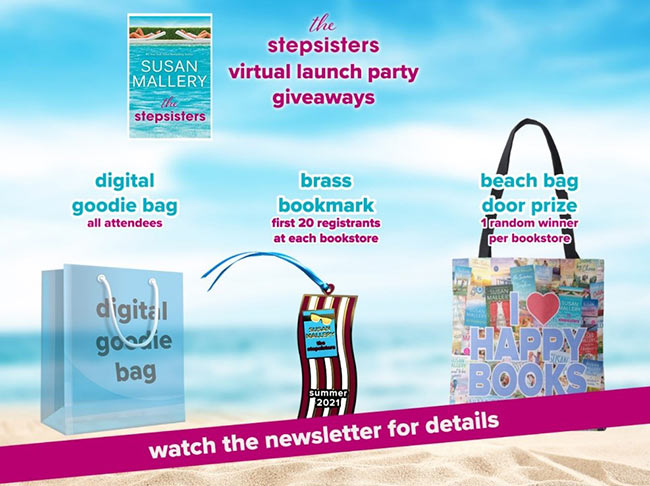 Just one week to go until Before Summer Ends is available in print and ebook for the first time, after coming out last year as an Audible exclusive. Nissa is named after a reader I met at a book signing. (Hi, Nissa!) Before Summer Ends is pure romance, a friends-to-forever-love story that I know will warm your heart. 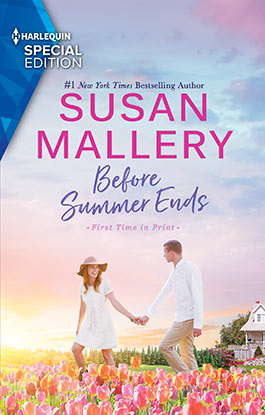 Because it’s being released by Special Edition, the print book will have a limited shelf life. If you want it in print, you should grab it as soon as you see it because it might not be there the next time you go to the store. Or you can preorder it, of course.

A long, hot summer with her secret crush… What could possibly go wrong?

Nissa Lang knows Desmond Stilling is out of her league. He’s a CEO, she’s a teacher. He’s gorgeous, she’s…not. So when her house-sitting gig falls through and Desmond offers her a place to stay for the summer, she vows not to reveal how she’s felt about him since their first—and only—kiss.

Desmond should’ve known better than to bring temptation into his house. He decided long ago that his best friend’s sister was too sweet, too good, for him. She deserves a guy who can give his heart. For her sake, he’s stayed away. But as her laughter breathes life into his lonely mansion, he’s not sure how long he’ll be able to resist.